Carpet was removed from the front room of the exhibition space and carried to Threadneedle Street in The City of London, where it was used to occupy an obsolete slither of space between The Royal Bank of Scotland and a modern office building. 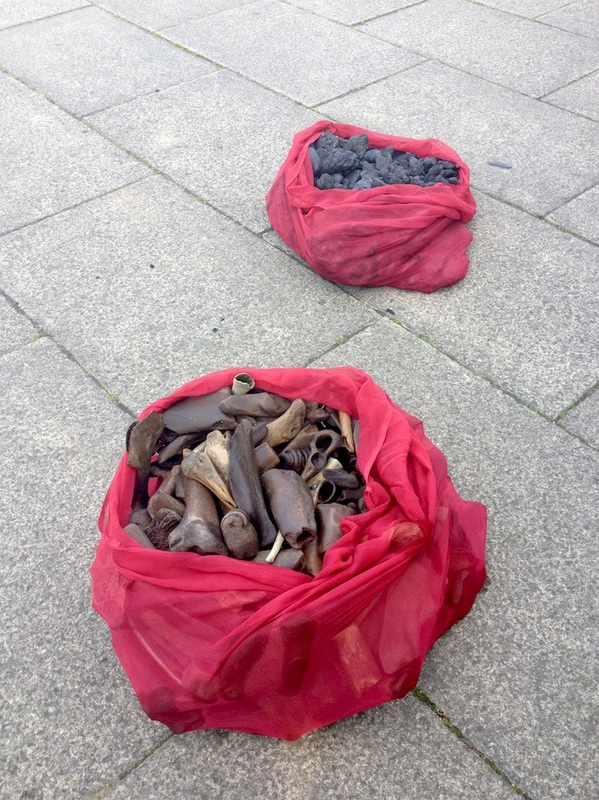 Royal College of Art Sculpture MA Degree Show 2013. It's Lovely Isn't It? A collaboration between Louise Ashcroft and Noga Inbar as part of a wider group project with Yard House Collective. Louise and Noga made a film, cast bronze 'hooks' and nails, made masks, wrote text and created an environment within which these elements were presented. The masks were part of events in the space throughout the show and the film featured the masks being taken into the outside world. Yard House Collective (including Louise and Noga) worked together to build the house.

The attitude of the project was: Sharing lunch, time, space and thoughts on solidarity, boundaries, domesticity, exchange, caring, politics and ways of making and existing within art. We set out to live in the spaces between us. Noga Inbar, Harry Lawson, Lina Lapelyte, Oliver Roy, Jack Tan, Marlene Haring, Louise Ashcroft and Vesta Kroese. "It's not a house - it's an attitude of togetherness".

Harry Lawson's installation, which included furniture and a living space, occupied the other half of the yard house. Marlene Haring's bar for one person and Vesta Kroese's seating sculptures were located in the yard in front of the house. We inhabited the space daily and held communal lunches and discussions there together throughout the set-up and the show.
Queer Bronze, 2013. Louise Ashcroft & Noga Inbar. Bronze hooks on which the masks were stored.

The worm and other objects , the function room, sept-oct 2014. 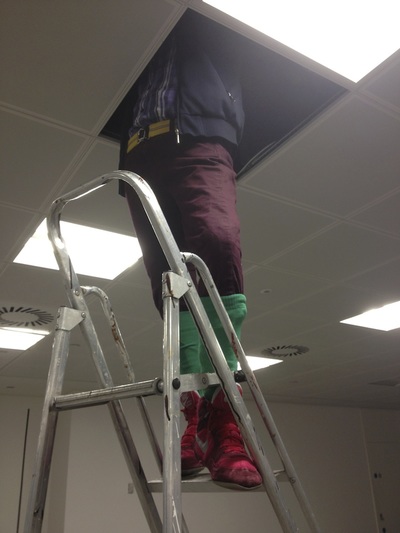 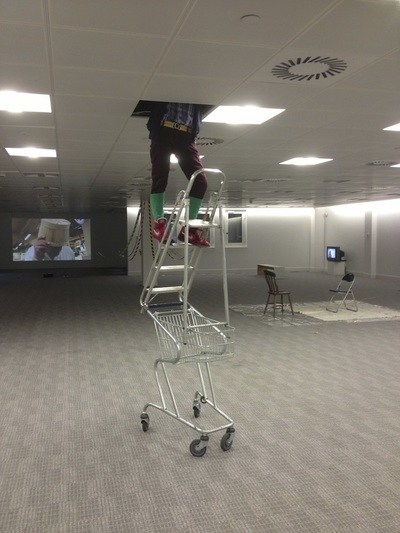 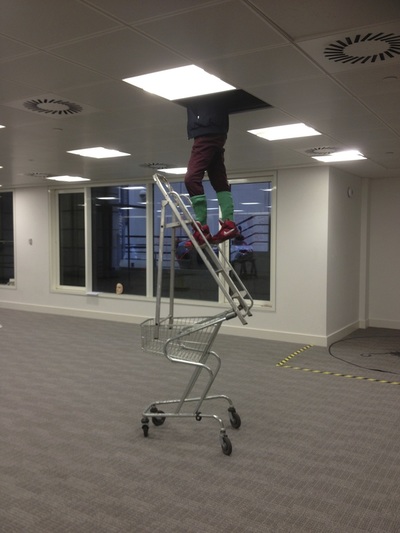 Week-long residency in the Hockney Gallery, Royal College of Art - January 2014. Project space with sculptures and actions evolving throughout.

Part of a project in collaboration with Fritha Jenkins. We travelled to Ireland, collected a waterfall and brought it back to the gallery space where we boiled it until it evaporated. 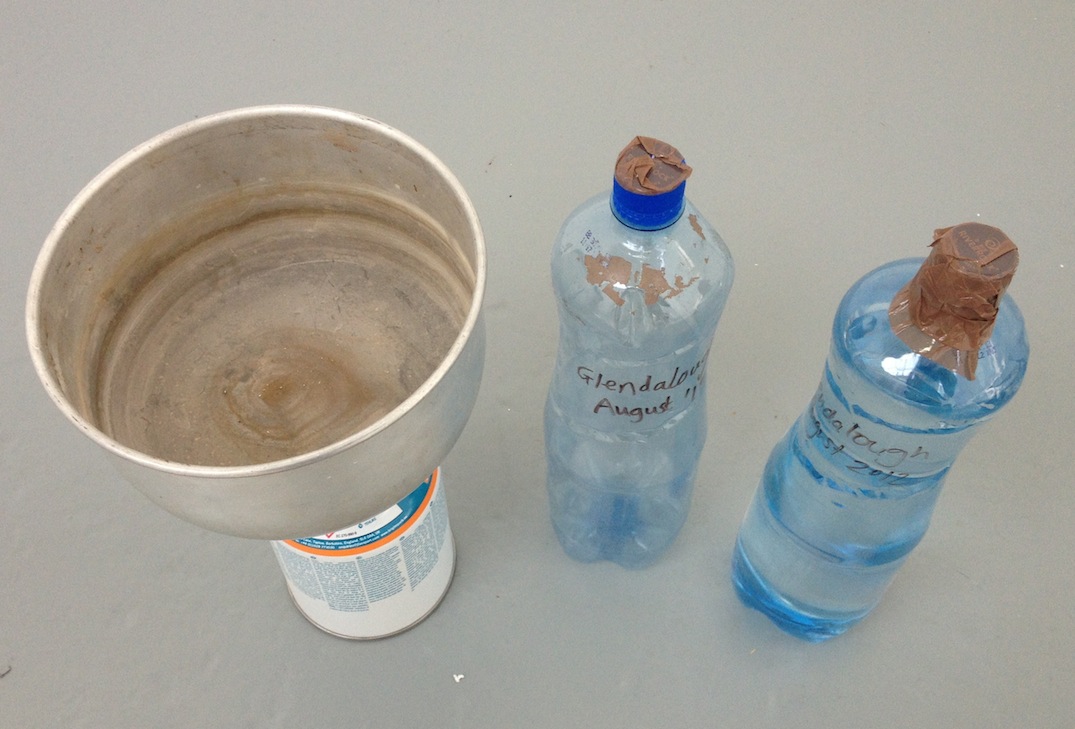 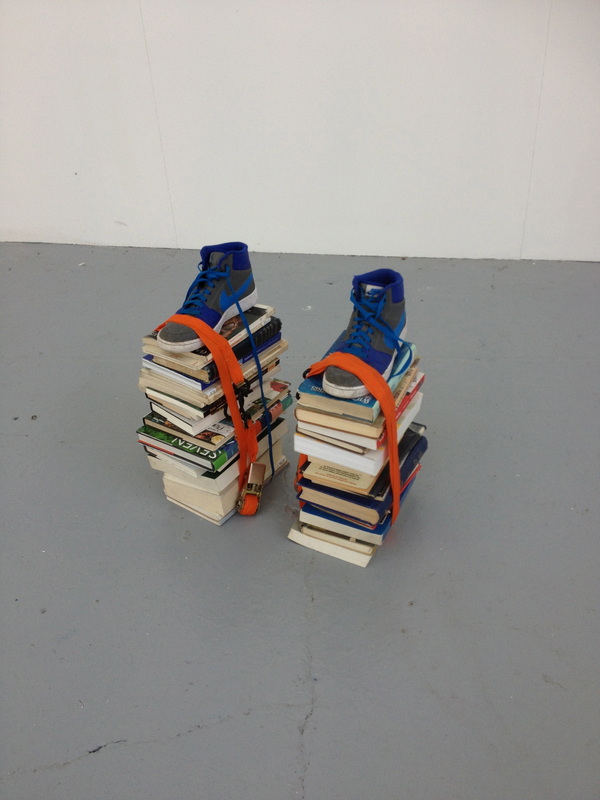 Mannequin, the artist's clothes, trowel. Wearing the entire globe as a giant head. 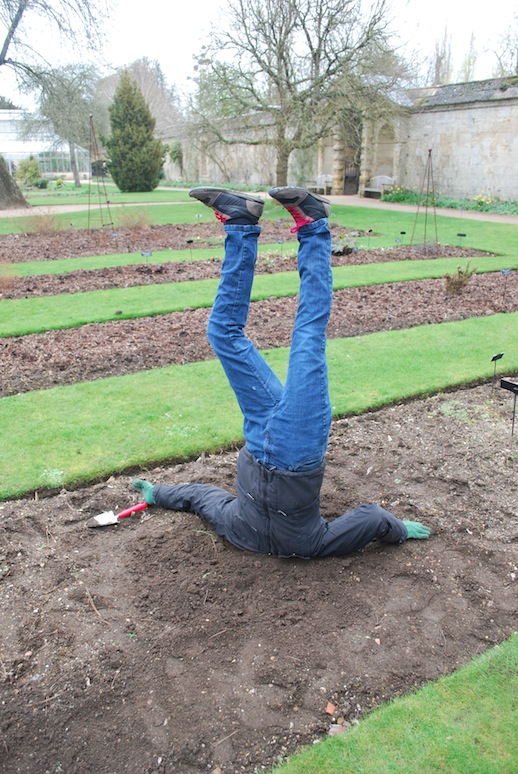 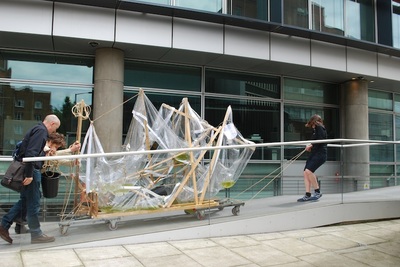 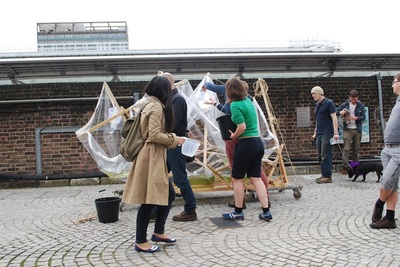 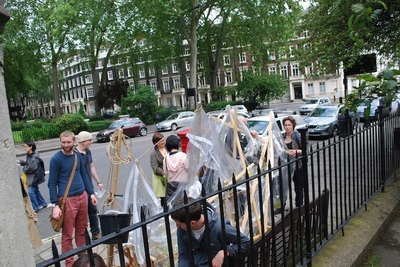 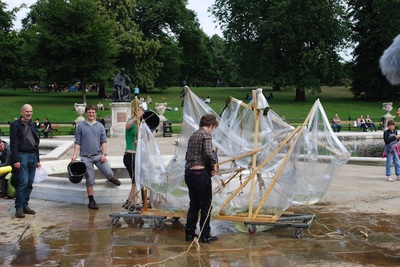 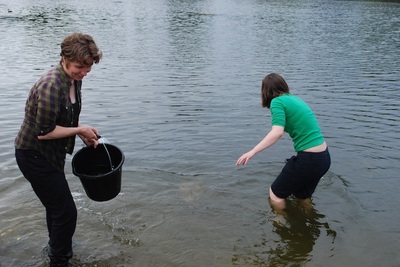 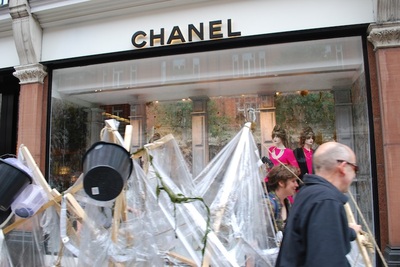 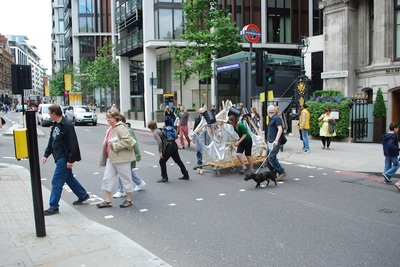 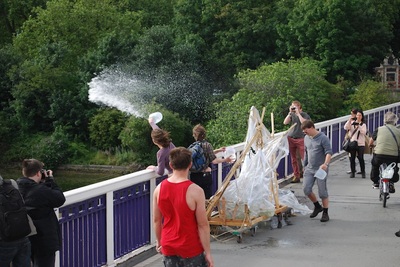